African Mango for Weight Loss: Whats the Buzz About? 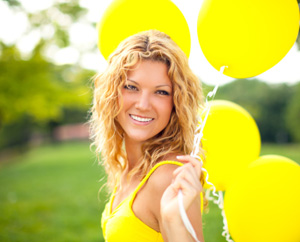 Extract of African mango (Irvingia gabonensis) is a hot newcomer to the weight-loss scene.

While residents of Cameroon on Africas West coast have used African mango seeds for centuries, as a thickener in soups and sauces, African mango has recently grown in popularity in other parts of the worldnot as a food, but as a weight-loss aid that may also help lower cholesterol levels. The best part? It doesnt seem to have any side effects.

What do the studies say?

Waist circumference, body fat percentage, total and LDL-cholesterol levels, measures of inflammation in the body, and blood glucose levels all significantly improved in the African mango group. Such changes help lower the risk of metabolic syndrome, a forerunner to heart disease and diabetes.

How does it work?

Evidence suggests that African mango acts at a genetic level to affect hormones involved with fat metabolism, including:

Leptin: Leptin is a hormone that helps regulate appetite. Normally, when a person has had enough to eat, leptin levels rise, signaling them to put their fork down. Leptin doesnt seem to work the same way in obese people, though. Instead of telling the brain, Youre full, now, leptin levels continue to rise in obese people, without the accompanying message to stop eating. Taking African mango led to an almost 49% drop in leptin levels in one study. The authors attributed the reduction to a decrease in body fat.

Adiponectin: In the same study, African mango significantly increased adiponectin levels. This hormone has anti-inflammatory and antidiabetic roles. Adiponectin levels are inversely correlated to body fat percentage, meaning that the more adiponectin there is, the less body fat a person has.

The studies published to date about African mango seem to indicate that its safe. The most commonly reported side effects were trouble sleeping, headache, and excess intestinal gas. These complaints were reported just as frequently in people taking placebo as in those taking African mango.

What do the experts say?

Losing weight can be a major obstacle to good health for many people. Before reading the results of these studies, I wouldnt have considered prescribing African mango for weight loss, says Erica LePore, a Rhode Island doctor who specializes in weight loss. I still consider these studies to be in the preliminary stages, but so far, theyre very encouraging. I like the fact that African mango is a non-stimulant food product, which seems like it would be much safer than many of the other weight-loss supplements on the market. The fact that it works on a hormonal level to control appetite is also appealing, LePore comments.

If you decide to try an African mango supplement, look for products containing no fillers or other ingredients and avoid products that supply more active ingredient than the amount used in clinical trials (150 mg per capsule). While the supplement appears safe, it is still too soon to make conclusions about using African mango in higher amounts.