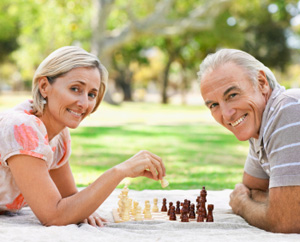 According to a new review published in the Journal of the American Medical Association, probiotic supplements containing strains of gut-friendly bacteria can help to prevent and treat an especially common side effect of antibiotic use: diarrhea.

Antibiotics can help you clear an infection, but they sometimes wreak havoc by killing beneficial intestinal bacteria in the process. Probiotic supplements aim to minimize the damage by providing friendly bacteria or yeasts to replace what is lost during antibiotic treatment and to prevent colonization by harmful microbes.

The new review and meta-analysis included data from 82 studies in which people receiving courses of antibiotics for a wide range of infections were also treated with probiotics. Most of the studies used lactobacillus species, alone or in combination with other bacteria, but several used a beneficial yeast called Saccharomyces boulardii.

When the researchers analyzed the combined data, they found the following:

Our review found sufficient evidence to conclude that adjunct probiotic administration is associated with a reduced risk of antibiotic-associated diarrhea, the studys authors said.

In addition to preventing antibiotic-associated diarrhea, probiotics can be helpful for a range of other conditions. Here are some other reasons to take probiotic supplements:

Maureen Williams, ND, completed her doctorate in naturopathic medicine at Bastyr University in Seattle and has been in private practice since 1995. With an abiding commitment to access to care, she has worked in free clinics in the US and Canada, and in rural clinics in Guatemala and Honduras where she has studied traditional herbal medicine. She currently lives and practices in Victoria, BC, and lectures and writes extensively for both professional and community audiences on topics including family nutrition, menopause, anxiety and depression, heart disease, cancer, and easing stress. Dr. Williams is a regular contributor to Healthnotes Newswire.