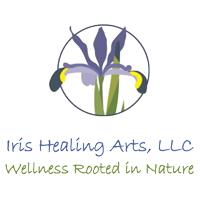 Save Time with High-Intensity Interval Workouts

A study reported on by the New York Times discovered that even 10 seconds of high-intensity exercise may help you get in shape. The training program, called 10-20-30, entailed repeating intervals of gentle exercise (for 30 seconds), moderate exercise (for 20 seconds), and high-intensity exercise (for 10 seconds). The program was part of a study published in the Scandinavian Journal of Medicine & Science in Sports that included 160 middle-aged, recreational runners. Researchers directed 132 of the runners to replace two of their three weekly workouts with 10-20-30 training and 28 of the runners to continue their existing routine. All of the runners ran a 5K race at the beginning and end of the study to measure their progress. After eight weeks, researchers found that:

This workout could be a great option for those who are crunched for time, or for those who find 10 seconds of high-intensity activity easier to stomach than several minutes. If youd like to give 10-20-30 a go, follow these basic steps: