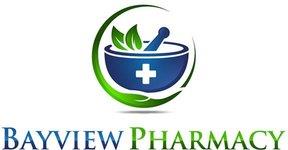 Best Supplements Before, During, and After Exercise 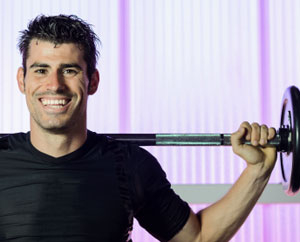 Regular exercise is a cornerstone of good health. Without it, our bodies dont function properly and we become more susceptible to chronic diseases, including heart disease, high blood pressure, diabetes, stroke, and some types of cancer. To make the most of your health-boosting exercise habits, support your body before, during, and after every session of walking, running, playing, and sweating.

If you take medications or have other health concerns, check in with your doctor before you add any new dietary supplements or products into your self-care routine.

Probiotics. The probiotic Lactobacillus casei may increase infection-fighting antibodies, decrease the risk of upper-respiratory tract infections, and decrease the likelihood of training interruptions in endurance athletes working out an average of ten hours per week. A dose of 6.5 billion bacteria, or colony forming units (CFUs), taken twice daily, appears to be effective.

Beta-glucan. Found in the cell walls of plants, yeast, and mushrooms, one particular beta-glucan, called pleuran, is derived from the mushroom Pleurotus ostreatus. Taking 100 mg daily may increase infection-busting natural killer cells and lessen the risk of upper-respiratory tract infections in endurance athletes.

Vitamin C. Taking 400 mg of vitamin C daily for several days prior to and after an intense exercise session may reduce pain and speed muscle recovery. Be sure to plan in advance, because taking vitamin C only after exercise does not appear to be as effective.

Creatine monohydrate. More than 40 controlled trials show that taking 15 to 25 grams of creatine daily for five or six days can improve performance of single or repetitive bouts of short-duration, high-intensity exercise, such as weight lifting; sprinting by runners, cyclists, or swimmers; and athletic training regimens that focus on speed and power, such as plyometric training.

Electrolytes. For an average sweat session, use plain water for hydration. However, if youre going to workout for more than an hour, or the weather is hot, try fluids with electrolytes. Choose a product that provides sodium and potassium (the electrolytes lost in the largest amounts). For extreme endurance, you may need to supplement magnesium and chloride as well.

Carbohydrates. As with electrolytes, moderate sweat sessions dont require replacing carbohydrates during your activity. For more intense bouts of physical activity, try easily digestible carbs, such as those found in some sports drinks, gels, and bars.

Protein. Most people do not need protein during a workout. However, if youre training for several hours, or combining strength and cardiovascular activities, protein may aid your efforts. Use a fast-digesting protein, such as whey, and take it only in modest amounts, up to 10 grams, at a time. Avoid large amounts of protein during workouts, which may cause gastrointestinal discomfort.

Carbohydrate-protein combinations. Exercise experts note that a combination of fast-digesting carbohydrates and protein is best to refuel spent muscles. Look for a product that provides around 200 to 300 calories, in a ratio of 4 grams of carbohydrate for every gram of protein. For best effect, eat or drink your carb-protein mixture within 30 to 60 minutes of completing exercise.

Bromelain. If youve overdone it with a workout, consider bromelain. It is most effective for soft tissue injuries, such as sprains and strains, and should be taken until swelling and bruising are gonefor a few days to a few weeks. Follow package instructions for proper use, which typically call for 4 to 8 tablets daily.

Capsaicin. Capsaicin creams are used topicallyapplied to the skin over affected areasand have been shown to alleviate joint pain, especially pain associated with osteoarthritis. Follow package instructions for proper use, and avoid getting products into sensitive areas, such as the eyes or nose.

Suzanne Dixon, MPH, MS, RD, an author, speaker, and internationally recognized expert in chronic disease prevention, epidemiology, and nutrition, has taught medical, nursing, public health, and alternative medicine coursework. She has delivered over 150 invited lectures to health professionals and consumers and is the creator of a nutrition website acclaimed by the New York Times and Time magazine. Suzanne received her training in epidemiology and nutrition at the University of Michigan, School of Public Health at Ann Arbor.